The many facets of fuelling and feedback in jetted AGN

Relativistic radio-emitting jets associated with active galactic nuclei (AGN) likely play a crucial role in the evolution of galaxies. By transferring a fraction of their kinetic energy to the surrounding medium (the so-called “kinetic-mode” AGN feedback), radio jets can both quench (negative feedback) and promote (positive feedback) star formation, thus regulating the growth of both central supermassive black holes (SMBHs) and their host galaxies. One of the most spectacular phenomena associated with relativistic jets is indeed the creation of cavities and shocks in the hot X-ray-emitting atmospheres of galaxies, groups, and clusters, providing the most striking evidence that expanding radio jets can heat the surroundings, balancing its spontaneous radiative cooling losses.

Complementing earlier high-resolution radio, optical, and X-ray instruments (e.g. VLA, HST, Chandra, XMM-Newton), the unprecedented resolution and sensitivity provided by the latest generation of telescopes (e.g. VLT/MUSE, ALMA and the SKA precursors/pathfinders) combined with state-of-the-art simulations, have opened up new regimes that have started revolutionising our view of the interplay between the radio jets and their surrounding medium. For instance, evidence has been accumulated over the past few years that jet-mode feedback can significantly alter the distribution, kinematics, and physics of the surrounding gaseous medium also on (sub-)kpc scales, with a few examples starting to appear at high redshift as well. Recent observations also suggest that jetted AGN may be self-regulated by a feeding and feedback loop, in which the matter that fuels the SMBH and triggers the jet activity gets regularly heated by these latter and stops being accreted, setting-up a cycle that is fast compared to the evolutionary timescales of the host galaxies. All this provides clear evidence of a deep connection between the large-scale environment, fuelling/feedback processes of jetted AGN and their host galaxy evolution, although the complexity of these phenomena still leave many open questions.

With the advent of next-generation telescopes (e.g. JWST, SKA, Athena), we are at the brink of an exciting new era of discoveries in terms of jetted AGN physics, including their role in the high-redshift universe, which will surely translate to a broader understanding of galaxy evolution across cosmic times. The aim of this workshop is to summarise and discuss our state of knowledge on this topic. We will focus on the results obtained from the wealth of multi-wavelength observations acquired over the past few years, including complementary theoretical understanding, and look towards future perspectives in the context of forthcoming facilities. In particular, we aim to address the following scientific topics:

The workshop will be hosted at the historic Palazzo Santa Chiara in the centre of Tropea, with four full days and one half-day of scientific presentations and discussions. We aim to include some long lunch breaks to allow you to relax, discuss, and explore the historic town and beautiful beaches with your colleagues. A broad range of social activities will be also offered, including a welcome reception on Sunday 10th September, the social dinner on Tuesday 12th September, and a choice of half-day excursions (either by land or by sea) on Wednesday 13th September.

The workshop is limited to about 80 attendees to enable effective discussion. We aim to make the workshop a safe space for all, and as such the meeting will have a Code of Conduct. Registering for the meeting signifies that you agree to abide by this code of conduct, and accept the sanctions within it may apply if you break it.

The organisers are monitoring the ongoing situation surrounding coronavirus, and will update the website with further information on the requirements regarding this as the workshop comes nearer.

Abstract submission is now open. Full registration will be opened shortly after the abstract submission deadline, which is 23:59 UT on March 20th, 2023. Abstract reviews will be conducted in a double-blind fashion to avoid unconcious biases.

The regular registration fee is expected to be around 200 euros, and we hope to be able to offer a reduced fee for students. We anticipate that the registration fee will cover use of the venue, the costs of the welcome reception, coffee breaks, conference dinner, and the dedicated bus transfers to/from the Lamezia Terme airport.

The majority of the scientific programme will be based on submitted abstracts and is expected to be announced in early May. The expectation is that conference speakers will deliver their talks in person. Remote talks will be considered only under exceptional circumstances.

Note that Tropea is a very popular tourist destination over the summer. We thus recommend thar interested participants plan their trip well in advance and reserve accomodation as soon as possible. A number of hotels in (or close to) the town centre offer special fares for workshop participants - full details can be found here.

A special issue of the journal “Galaxies” focused on the topic of the workshop is now open for submission. This Volume is intended to provide an overview on the topic, collecting a small number of selected mini-reviews (of about 10 pages each). Attendees who would like to be selected for such a contribution are invited to contact the two co-editors of the Volume, Isabella Prandoni (isabella.prandoni@inaf.it) and Ilaria Ruffa (ruffai@cardiff.ac.uk).

Stars (*) denote designated points of contact for all matters related to the code of conduct. If you need to contact us about the conference please email loc@agnonthebeach.space.

The AGN on the Beach team thank Holly Davies for logo design. The conference is put on with the support of: 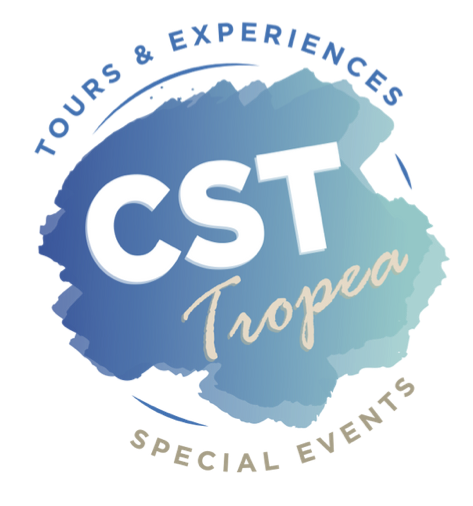